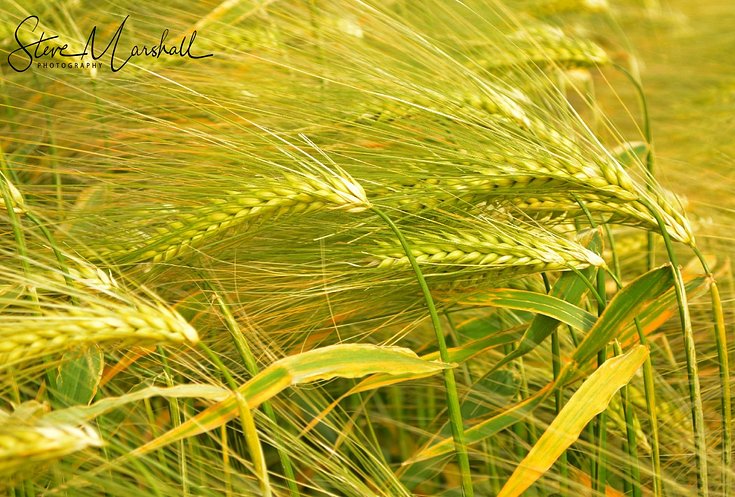 Press of people squeezes out the beasts and birds and insects; city slabs crush the seeds of grasses that try desperately to grow and seed anew; and there within a corner quietly pretending it cracked the concrete round about a brilliant buttercup shines young and yellow proclaiming hope that life will last and live and breathe in many forms.

Home ground; yellow is the woodland path; in truth it’s green but buttercup yellows take the eye and proclaim their colour; purple of crocus and other plants arrives a moment later; and along one stretch waving gently in the breeze the first of bluebells behind a scattering of cowslips; yellow still captures the first glance and then as if by magic the blue beauties slip into this world.

Winter stayed the night and kept the cold for morning company frustrating a thin and clouded sun; young flowers began to open for the day then realised the warmth of recent times was absent; so they paused and hunkered down amongst the grasses; stems bent to hold them close to earth and avoid the breeze that came to capture them.

Winter never went away but hid behind the sun of yesterday and reappeared at night; not deep but cold enough to hint at ice upon fine edges.  As sun came up she was waiting for spring who smiling and sashaying about in skirts of flowers was frightened into a corner.  Flowers dared not raise their heads and kept deep bowed while beings they did not comprehend stared at each other.

Grey skies hide the sun of spring and stop the warmth from feeding down; no dew but chill and cold are here.  And yet the birds are chattering away as if it was bright and warm.  They know this is but a little pause and have all the trust of innocents that summer’s sun is waiting close and will find it’s day.

Rain spits and slurries out the dull clouded sky; dampens fur and wets the ground we walk enough for paws to collect scythes of mud to squeeze between the toes.  Young dog runs and dances across the damp grass scurries through undergrowth putting up a wild duck to chase; old dog watches wonders looks at me and shakes his head.

Birds it is that register the most; the sheer variety and numbers; and not just the contrast to urban and city England where there is a paucity of both; but rural Europe feels lost to flying life.  Our little patch of unmanaged wildness seems to attract so many more than fields of wheat or sunflower where no weed or wildflower dare intrude.

Dew is heavy from a night where winter still held strings; where cold still held sway throughout the dark hours; and yet like a toddler on a mission the sun of spring has hurled itself into the morning and turned the dew to jewellery a silver shining across the earth; thawed the air and stilled the breeze so backs and necks and faces can be turned for warmth.

Mist clings to earth and holds a little ragged warmth against the world; holds the space betwixt the dew dazed grasses and the maundering clouds above; neither sure of their roles in this changing space; a place where all seasons have their exits and their entrances and the ending season must finally depart sans everything.

Chill has lost the cold of winter and captured the cool of spring; an almost frosty state that knows that daily it will succumb to rising sun and fade away to nothingness; leaving naught but a myriad of tiny perfect leaves upon the trees in the bushes amongst the hedgerows and the ditches as they begin the mighty burst of life all clean and acid green.

Broken twigs of yesteryears disappear beneath the growing green; the solid newly fallen in the winds of winter hard and strong of purpose the world knows they will not achieve; the soft of a year ago disintegrating giving up to insect and to earth; and of elder years the ephemeral lost to this world but holding space of where they were and what they were and by the autumn when this flourishing green veil begins to fall and fade will be no more than an unnoticed impression in this domain.

Thrice you have waited for me on this path.  Is this a haunting?  Are you something from my past my history my childhood come back for torment?  Vast teeth that curve down to your chin; eyes part eaten; bloodied neck of ragged flesh.  Some sort of smile that may be no more than death but pretends to some conspiracy.  You lie as if inert but life has filled you and now new life invades you.

Each bloom three enigmatic faces staring out and up; these first surrounded by their siblings still no more than standing spears curled tightly around about themselves as if fearful of unfurling and joining their elder brethren.  Those opened blossom briefly their fragile white an purple faces centred with yellow tongues; susceptible to the cold winds winter still visits upon the spring.

Gold gone to silver; peeking up above the grass the faces of the dandelions aged from golden haired to white; thin and spread they wait for wind to take them one by one; a journey of a single step or of a thousand miles; a handful to find ground and earth and seed and set and grow again.

Beetle darkly black and iridescent shines in the early sun as it walks steadily along our path.  Young dog concentrating on something moving in the bushes fails to notice.  Old dog looks and even he who considers everything to be food decides this is not fit to eat.  Beetle unaware treads on antennae brushing grass and leaves to guide its route.  It stops then like a soldier on parade turns right and exits from the stage.

Beside the path hidden from the river by a stand of twisted hawthorn a splay of flowers appears each year; five heads to every stem pale and subtle in their colouring shades somewhere between pink and blue.  Two body lengths they stretch and I wonder if they mark some ancient burial site; some warrior or lover laid to rest beside the gentle waters.

River registers at the little fall; level low reveals rocks which tumble water and drive out its song; ducks explode from off the surface as we round the bend thrashing feet beating out a deep bass tune that fades as their wingbeats disappear to sky;  young dog beyond the path knows that sniffing beneath the brambles means he has missed something but he knows not what.

Bluebells stretch beside the path; each year a little further; never far as this site is bound by trees and path and ditch; but now one has appeared across the path risking life and limb in a venture that may come to nothing or open out a vista for her daughters in the years to come.

Each time we walk this path and catch a snatch of bird song see a wild cowslip wave its lemon head glimpse the dancing light on water or smell the growing green of fern and grass my heart is tugged a little from out the tight container into which so many pressed and pushed and stuffed and hammered it; with cords and words with chains and claims with ropes and hopes with twine and time and with cotton and with silk they bound it and constrained it held and hardened it locked and buried it deep within my chest.

Heart beats and between the individual beats there is an infinity of possibilities.

Bluebells hang their heads a little heavier with the weight of last night’s rain; thunder wind and lightning swept about presaging a summer full of storm; heads that hang but do not droop; heads that gently spread their beauty bulb by hidden bulb; heads that smile upon the world whilst working underneath the earth.

Path is cracked in places; soft and almost damp elsewhere; some cracks are thin staggered lines leading from an unknown past to an illusory future; others wider straighter deeper chasms to the insects that must navigate a route back that was not there on the way out.

Quiet holds my heart as we walk in the cool of the morning; birds sing more softly as the night is warmed away more slowly than on hot bright days; the cool quietens even the energies of the insects who buzz more quietly and would fly more slowly.

Rain has softened the surface of the world and seeped into the earth carrying that softening down between the granules of soil; swelling some as they absorb the water; carrying others deep to settle in the gaps between the roots of plants to feed them and fill the spaces to improve their purchase upon the ground that they might rise high and spread their seed to bring breath unto the planet.

Beyond the bluebells beside leaves heavily laden near fronds floored and flattened these three conspire: wind who brought the rain from distant seas and swirled about to celebrate by breaking branches; earth sponged in the waters to feed its trees and plants to invigorate the myriad of insect life that drives the cycle of life and to lubricate the passages of the under soil community; water itself which feeds the earth and fills the river so it can twist and tumble and be its very element.  Wan and barely woken fire hangs upon the edge of sky shy and uncertain of what has taken place without it.

Within the wood the birdsong rises with the sun.  At the edges on the margins believing itself unloved and unwanted calls the cuckoo not a song of joy or triumph but a plaintive cry of loss; loss of a youth and of a growth that was not what it seemed but was stolen from us by a relentless grinding over which we could offer no control beyond building hard impenetrable walls of silence.

Grey green walnut catkins more than a hand’s width long lie upon the ground as if an small army of unmoving caterpillars that will slowly fade to black and rot; or are these the source of that mysterious beast the great green grey mistletoad that lives and breathes in nightmares and haunts the Sanxay woods.

Heart feels fractionally, so slight so almost nothing, as if it loosens slackens and relaxes as we walk this path; sun warms more than just an outside crust thick and ancient; wind blows a breeze beneath the skin and stirs at fallen leaves; and at another time unseen unnoticed when they crept up silently I find the bolts man-made have turned and tightened up again.

Sun warms the world and sets the birds to sing of summer coming but winter has not yet run her course and chills the breeze to cut across the warmth; and so the dance continues spring now leading but winter still is stepping out.

Some paths are trodden well compacting a deep dip into the earth; ground hard and dry and first to crack when times are hard and cracks repeat and open time and again.  Some are light and travelled less but travelled all the same.  And others live amongst the shade untrodden perhaps forgotten; or now overgrown and hidden but remembered all the same.